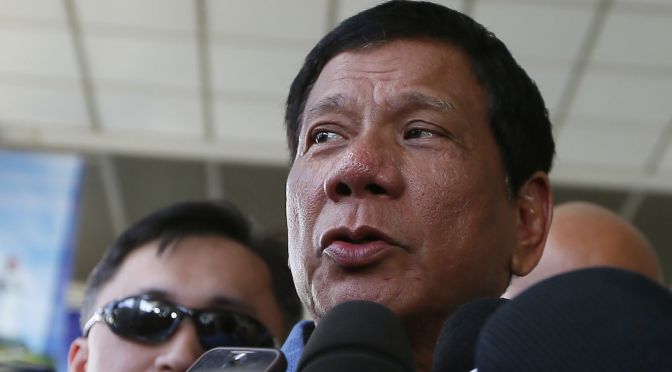 The Philippine Congress recently confirmed Rodrigo Duterte as the 16th president of the Philippines, ushering in a new government fueled by populist disaffection and characterized by uncertainty. A lightning rod of controversy, the tough-talking former mayor of Davao City in the south of the country has supported vigilante justice in crime-riddled cities (including against those suffering from addiction), the reinstatement of capital punishment, and paternalistic policies on smoking, alcohol consumption, and youth curfews. His unfiltered style has been likened to U.S. Republican presidential nominee Donald Trump for both his casual misogyny and penchant for offensive jokes.

But Duterte, the Philippines’ oldest president, has also expressed support for minority representation and protections, backed by a record of gender and minority inclusiveness during his time as mayor. His election has already been celebrated for breaking political regionalism in the country: Duterte has become the first president from the historically marginalized island of Mindanao. Now having to scale his leadership from the local to the national level, he inherits a range of difficult issues impacting historically disadvantaged communities, including land and environmental rights for indigenous peoples, reproductive healthcare for women, and political autonomy for Muslim groups in the south.

With international observers and diplomats concerned by Duterte’s unpredictability, his record with and plans for vulnerable communities have been scrutinized as political analysts attempt to predict what the next era of Philippine politics will look like under his leadership. Here is an overview of recent local and international commentary on the impact of Duterte’s election: